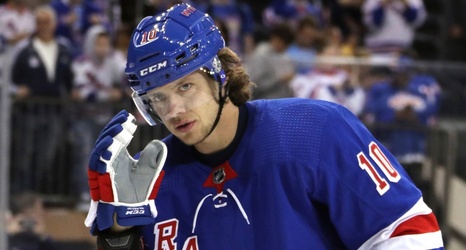 Detroit got on the board early before things unraveled in their blowout defeat to Nashville in their last contest. The Red Wings have scored two goals or less in 10 of their 16 games this season. Detroit is 31st in the league in goals for as they average 2.13 goals per contest on the year. The Red Wings are 29th in goals against by allowing 3.80 goals per game. Detroit is only 26th in the league on the power play as they convert only 13.2 percent of their chances with the man advantage. The Red Wings are 29th in the league in penalty killing as they successfully kill off only 68.6 percent of their shorthanded situations.

New York is still struggling to find their consistency as they went into Monday winners of four of their previous five games. Instead, the Rangers laid a dud on the ice against the Senators and took a drubbing. New York is 15th in the league with 3.08 goals per contest. The Rangers are tied for 24th in goals against as they allow 3.50 goals per game. New York is 20th in the league in power play percentage as they convert 17.8 percent of their chances with the man advantage. The Rangers are 20th in penalty killing as they successfully navigate 79.6 percent of their shorthanded situations.

StatementGames Inc. offers a new twist on Fantasy Hockey.  Free To Play and over 10K in Ca$h gift cards waiting to be claimed.  Video below gives a full overview of how to play.  Try DETVsNYR game and comment below with your StatementGames username, top 10 pick and reason for your pick.  Complete these steps and should you go 10 For 10 with your picks – we will send you an authentic Detroit Red Wings Or New York Rangers Jersey of your choice.