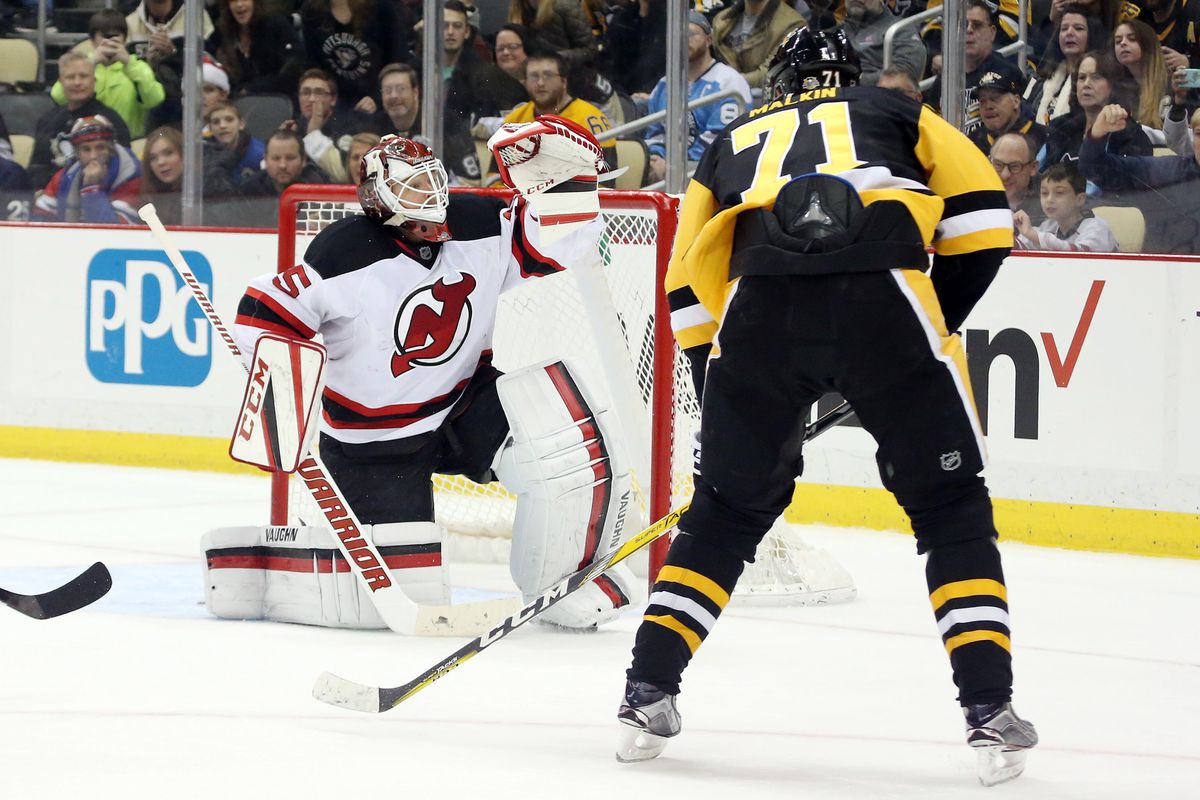 The Devils have won three of their last five games, including back-to-back wins last weekend over Pittsburgh and Minnesota but their last time out, they lost 5-1 to the Bruins.

Blake Coleman got a goal in that game and also scored last Friday against the Penguins. With five goals, he’s now tied with Nikita Gusev for second on the team in goals, Kyle Palmieri has seven goals to lead the club.

New Jersey is eight points behind Pittsburgh and Philadelphia for the final two playoff spots in the Eastern Conference but holds two games in hand on each team.

For the Penguins, this is their second game in as many nights. They were in New York on Thursday night to face the Islanders and lost 4-3 in overtime.

They sit tied with the Philadelphia Flyers at 26 points. Both teams hold the final two playoff spots in the Eastern Conference. Buffalo sits three points back of them while Carolina is one point up, sitting in third place in the Metropolitan Division.

Jake Guentzel leads the Penguins in scoring with 18 points through 21 games and 10 goals. The injured Sidney Crosby is second at 17 points (in 17 games) and Jared McCann sits third with 13 points. Evgeni Malkin has 11 points (3 goals) in 10 games since returning from injury.

Tonight’s game is the second of four meetings between the two teams this season.

The Devils won 2-1 last Friday when these teams met for the first time on the campaign. Travis Zajac and Blake Coleman scored in the win while Mackenzie Blackwood made 38 saves.

Last season, the Devils took three out of four from the Penguins. Travis Zajac led the way with eight points in four games while Damon Severson and Taylor Hall each had five points. Severson played four games and Hall only played two to achieve that total.

StatementGames Inc. offers a new twist on Fantasy Hockey.  Free To Play and over 10K in Ca$h gift cards waiting to be claimed.  Video below gives a full overview of how to play.  Try NJD Vs PIT game and comment below with your StatementGames username, top 10 pick and reason for your pick.  Complete these steps and should you go 10 For 10 with your picks – we will send you an authentic New Jersey Devils or Pittsburgh Penguins Jersey of your choice.