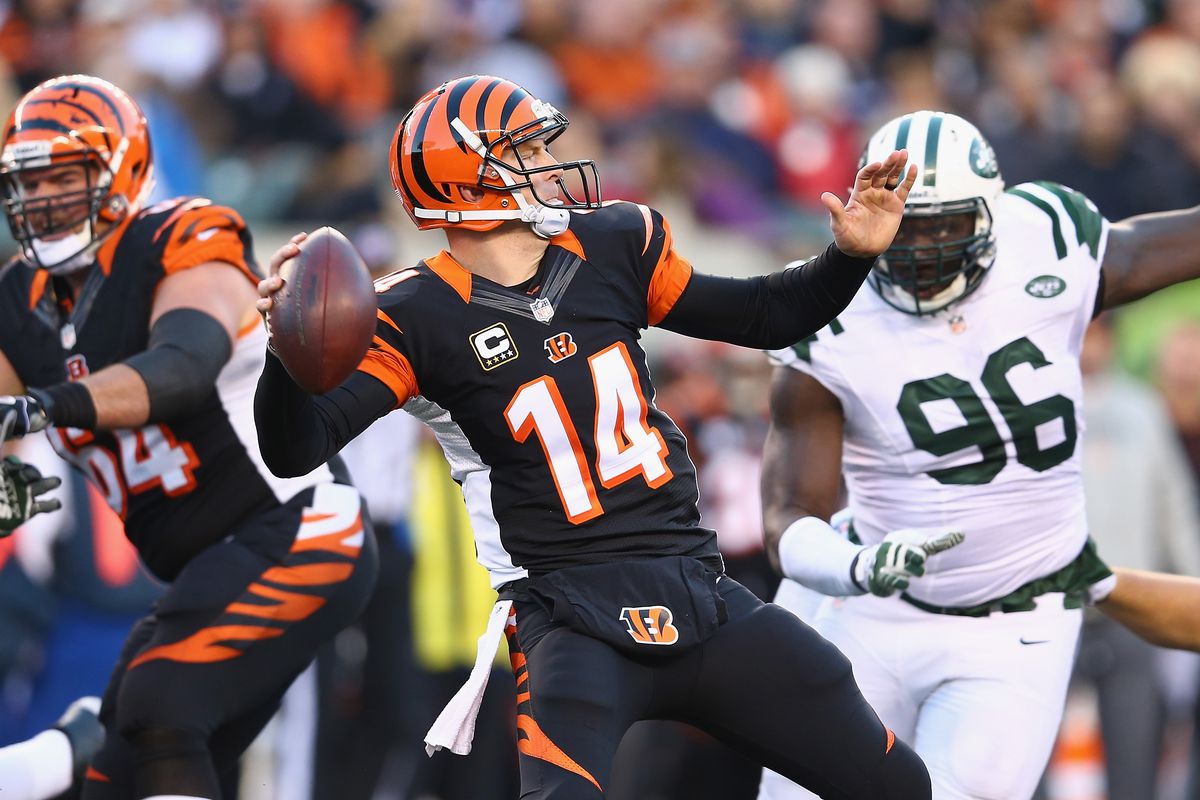 When the New York Jets hinted at a playoff push earlier this month, it seemed to be an overly ambitious goal for a team that started 1-7. That goal is now somewhat attainable for a Jets squad that carries a three-game winning streak into a visit to the winless Cincinnati Bengals on Sunday.

“It’s in the back of my head,” quarterback Sam Darnold told reporters after last week’s 34-3 rout of the Oakland Raiders. “But I think where we’re at right now, we just gotta keep taking it one week at a time, and if we do that, I think we’ll be all right.” If New York reaches the postseason, it can likely point to Darnold’s sudden hot stretch as a launching point, as the 22-year-old has thrown for seven touchdowns and run for two more during the winning streak. The Bengals have a two-game “lead” on anyone else in the league in the race for the No. 1 overall pick in next year’s draft. They have looked a bit better the past couple of weeks, however, losing by seven to the Raiders and by six to the Pittsburgh Steelers.

While Darnold has the offense clicking, the defense has been dominant during the winning streak by allowing an average of 238 total yards — 48.3 on the ground — while setting a rejuvenated tone in the locker room. “A lot of people always try to bring up the past, like, ‘Oh, in the past, this happened. In the past, that happened,'” linebacker Jordan Jenkins told reporters. “You know what? In the past, half this team wasn’t here. Everyone likes to make us pay for the sins of the past. We had nothing to do with it. It’s a totally different team, a totally different mentality. We have guys who have bought into doing things the right way.” Safety Jamal Adams remains the catalyst with 6.5 sacks, nine quarterback hits and two forced fumbles during the winning streak.

Veteran Andy Dalton will resume starting quarterback duties this week after sitting out the last three games to give rookie Ryan Finley a chance. “It was not an easy decision any time we’ve had to make it, which has been twice this year,” head coach Zac Taylor told reporters of the move. “But it’s in the best interest of the football team to do this and get Andy back out there.” Dalton threw for 2,252 yards in his eight starts with nine touchdowns and eight interceptions, while Finley had 474 yards and completed only 47.1 percent of his passes in his three-game audition.

1. Dalton has 197 career TD passes, tied with Ken Anderson for the franchise record.

2. Jets WR Robby Anderson had 86 receiving yards against the Raiders after totaling 103 in his previous five games.

3. The Bengals won the last two meetings, including a 49-9 rout in the previous matchup in Cincinnati in 2013.

StatementGames Inc. offers a new twist on Fantasy Football.  Free To Play and over 10K in Ca$h gift cards waiting to be claimed.  Video below gives a full overview of how to play.  Try NYJ Vs CIN with your family & Friends by creating a PRIVATE Contest!  Should you choose to create a private contest – if you or any of your participants go 10 for 10 with their picks we are going to send the contest organizer a $50 Holiday gift card of their choice.  (Over 100 brands to choose from)