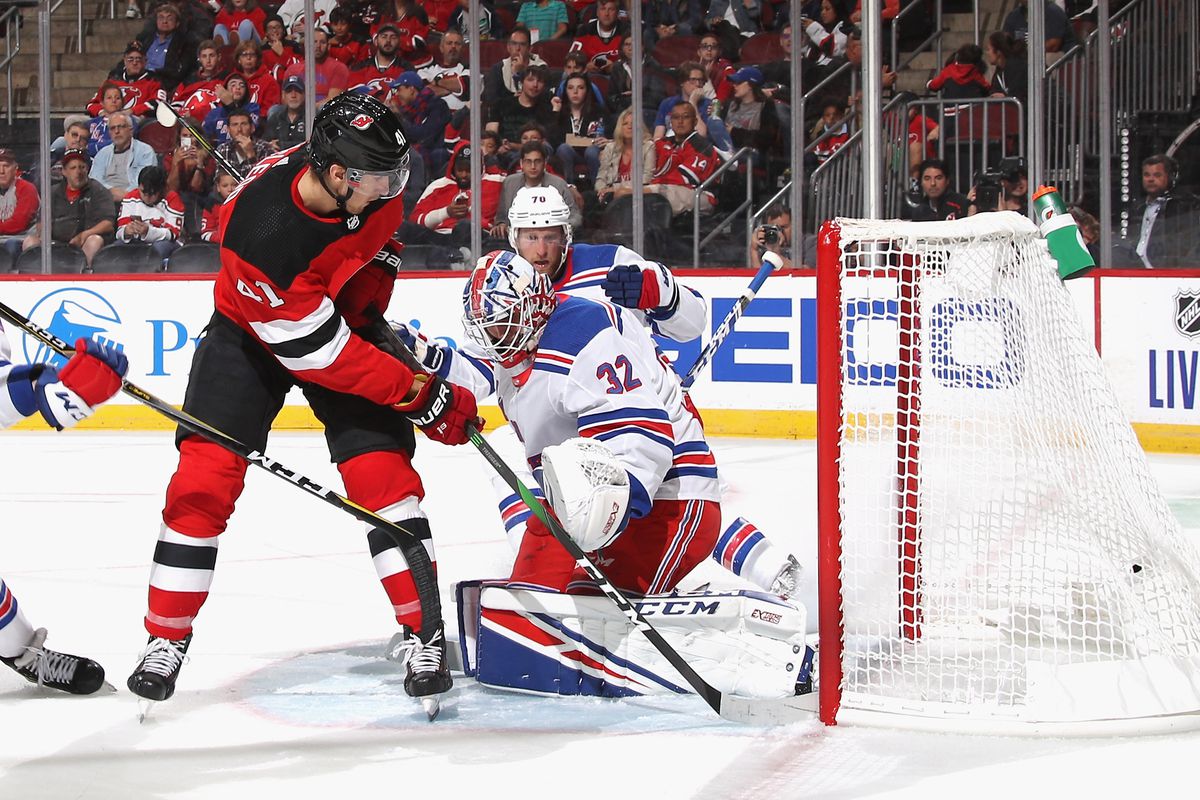 The New York Rangers will try to extend their point streak to five games when they play the New Jersey Devils at Prudential Center on Saturday.

Devils rookie center Jack Hughes is questionable with an undisclosed injury after he missed practice on Friday. The 18-year-old appeared to be in pain after blocking a shot midway through the second period of a 6-4 win at the Montreal Canadiens on Thursday, but Hughes did play 14:18 and took five of his 17 shifts in the third period.

“Maybe if you look at the schedule and say you’re going to come out of Boston with a point you’d feel good about it, but we feel like we [threw] away a point (after blowing a 2-0 lead).” – David Quinn

For today’s game keep your eye on left winger Artemi Panarin who has at least one point in 16 of his past 17 games (eight goals, 19 assists), including a multipoint game in nine of his past 12.

The team just blew the doors of Montreal and heading into today’s game keep an eye on Nikita Gusev.  “There’s nobody I’d rather be on a 2-on-1 with in the League (than Nikita Gusev), I think. He’s one of the most dangerous guys in the League coming in over the red line. I thought as a line we were pretty solid (against Montreal).” – Blake Coleman

1. Ryan Strome has seven points (one goal, six assists) in his past seven games.

2. If Jack Hughes is unavailable, Kevin Rooney could take his place and return to the lineup after missing the past seven games because of an upper-body injury.

3. Adam Fox has four points (one goal, three assists) in his past four games.

StatementGames Inc. offers a new twist on Fantasy Hockey.  Free To Play and over 10K in Ca$h gift cards waiting to be claimed.  Video below gives a full overview of how to play.  Try NYR Vs NJD with your family & friends by creating a PRIVATE Contest!  Should you choose to create a private contest – if you or any of your participants go 10 for 10 with their picks we are going to send the contest organizer a $50 Holiday gift card of their choice.  (Over 100 brands to choose from)