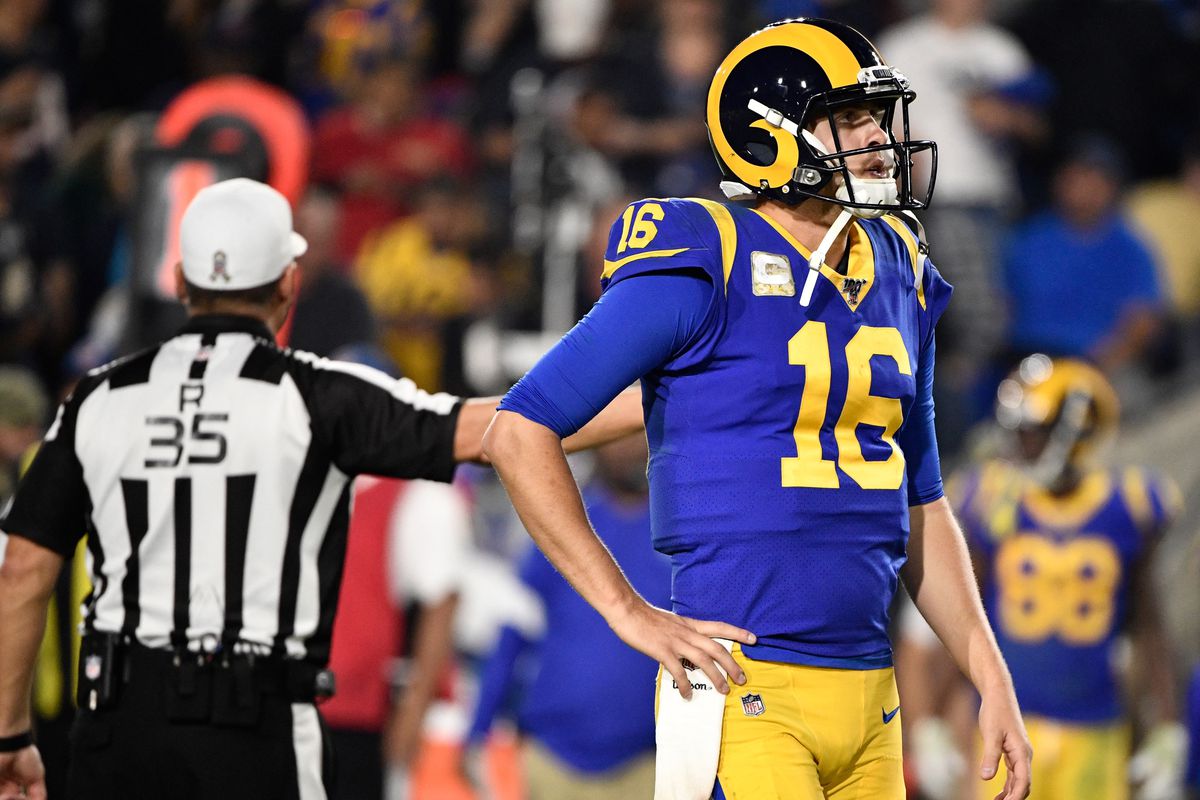 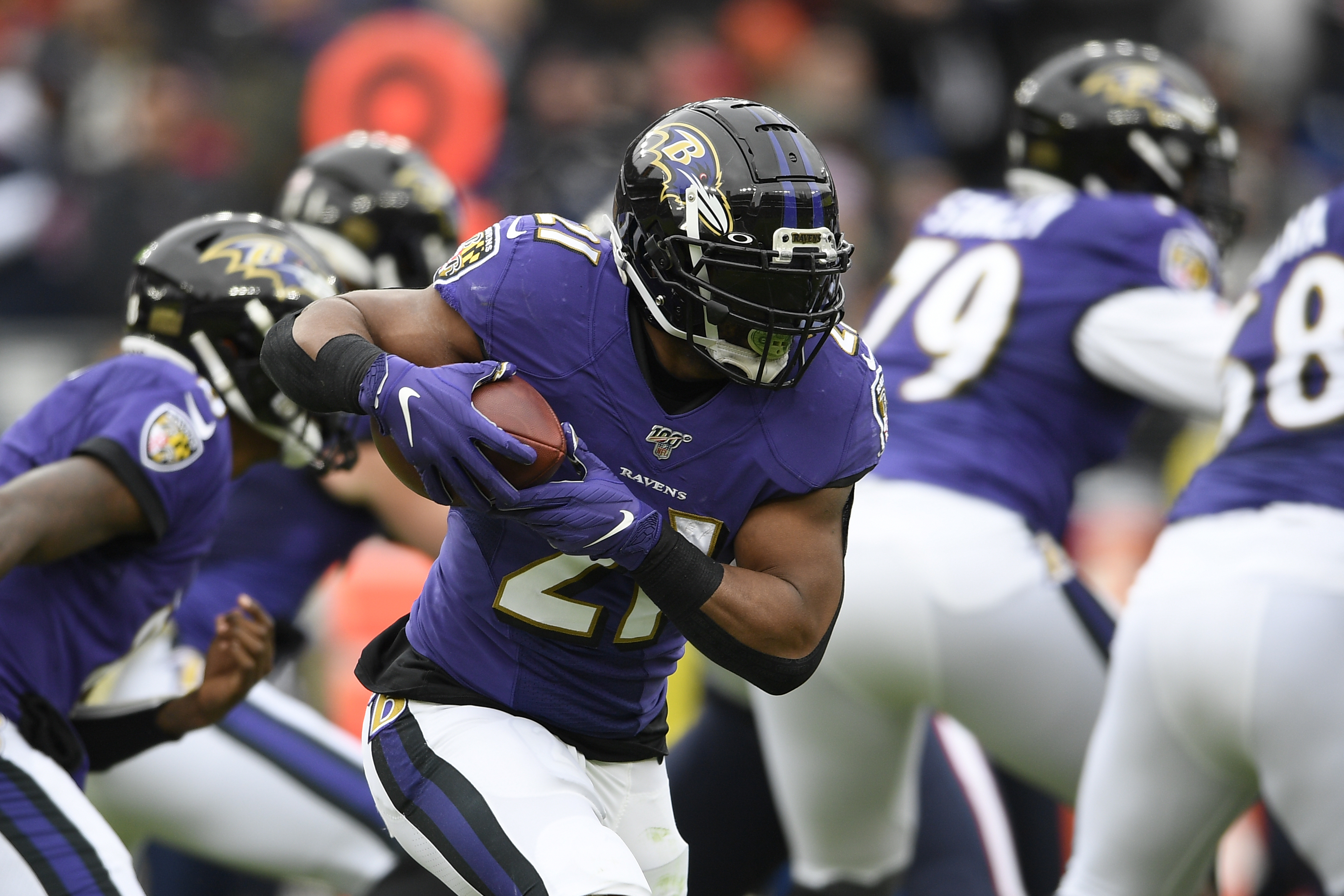 While Lamar Jackson has been the talk of the NFL this season, the Baltimore Ravens keep racking up victories.  They have taken hold of the AFC North. Jackson looks to strengthen his NFL MVP candidacy and lead the Ravens to their first seven-game winning streak since 2000.  The team visits the Los Angeles Rams on Monday.

“Like I said before, I’m all about winning,” Jackson said after teammate Mark Ingram gave him a very high-profile introduction during a midweek press conference. “It is what it is. I’m glad (Ingram) feels that way, but I’m trying to get something even more, so we all can talk about it.” Jackson continues to have everyone talking after his four-touchdown performance in Baltimore’s 41-7 rout of Houston on Sunday, becoming the first NFL quarterback to produce at least 2,000 yards passing and 700 yards rushing through the first 10 games of a season.

“You never want to play a quarterback that can run like that,” said Los Angeles star defensive tackle Aaron Donald, who will be tasked with keeping Jackson and the Ravens’ second-ranked offense (428.6 yards per game) in check. Donald was named the NFC Defensive Player of the Week after registering two sacks, four quarterbacks hits and a pass deflection in the Rams’ 17-7 victory over Chicago on Sunday.

Cornerback Marcus Peters diffused any notion of revenge by telling reporters that Monday’s reunion with his former team is just another game. “I don’t got a chip on my shoulder,” the 26-year-old Peters said. “How did it end? I got traded, and I’m liking the situation I’m in right now. I just keep moving forward and dismiss other stuff like that. The business of football is tricky.” And it’s been business as usual for Peters, who has returned two interceptions for touchdowns in four games with Baltimore since Los Angeles parted ways with him on Oct. 15. The Ravens’ defense has benefited from Peters’ presence, with the team surrendering just 16.0 points per game and forcing 12 turnovers during the six-game winning streak.

Peters isn’t the only high-profile member of the secondary to swap jerseys, with safety Eric Weddle telling reporters this week that he isn’t inclined to share inside information on the Ravens. “I could tell them a lot of stuff, but that’s just not who I am,” said the 13-year NFL veteran, who signed a two-year, $10.5 million contract with Los Angeles after Baltimore released him in March. “So we’re going to play it on the field, and the best team is going to win.” For that to happen in the Rams’ favor, they’ll need more on offense with the club entering Monday having failed to score at least 20 points in back-to-back games for the first time under head coach Sean McVay. The expected returns of wide receivers Brandin Cooks (concussion) and Robert Woods (personal) could provide a spark for Jared Goff, who has thrown for just 416 yards with zero touchdowns and three interceptions in that stretch.

1. Los Angeles RB Todd Gurley answered a total of 22 carries in his previous two games with a season-high 25 rushes for 97 yards against the Bears.

2. Baltimore is the lone NFL team that has yet to allow a point on an opponent’s first drive this season.

3. Rams WR Cooper Kupp has just three catches over his last two games after erupting for seven receptions, 220 yards and a touchdown in a 24-10 win versus Cincinnati on Oct. 27.

StatementGames Inc. offers a new twist on Fantasy Football.  Free To Play and over 10K in Ca$h gift cards waiting to be claimed.  If the Baltimore Ravens Vs Los Angeles Rams PTS total goes OVER 46.5 the overall Tournament NFL32__ BAL Vs LAR WINNER will receive a Ravens or Rams Jersey of their choice.  Leave a comment below that includes your username and 10 PT BAL Vs LAR pick and if you go 10 For 10 with your picks we will send you $50.  StatementGames is a FREE to play game.  Watch 1-Minute Video for details on how to play.