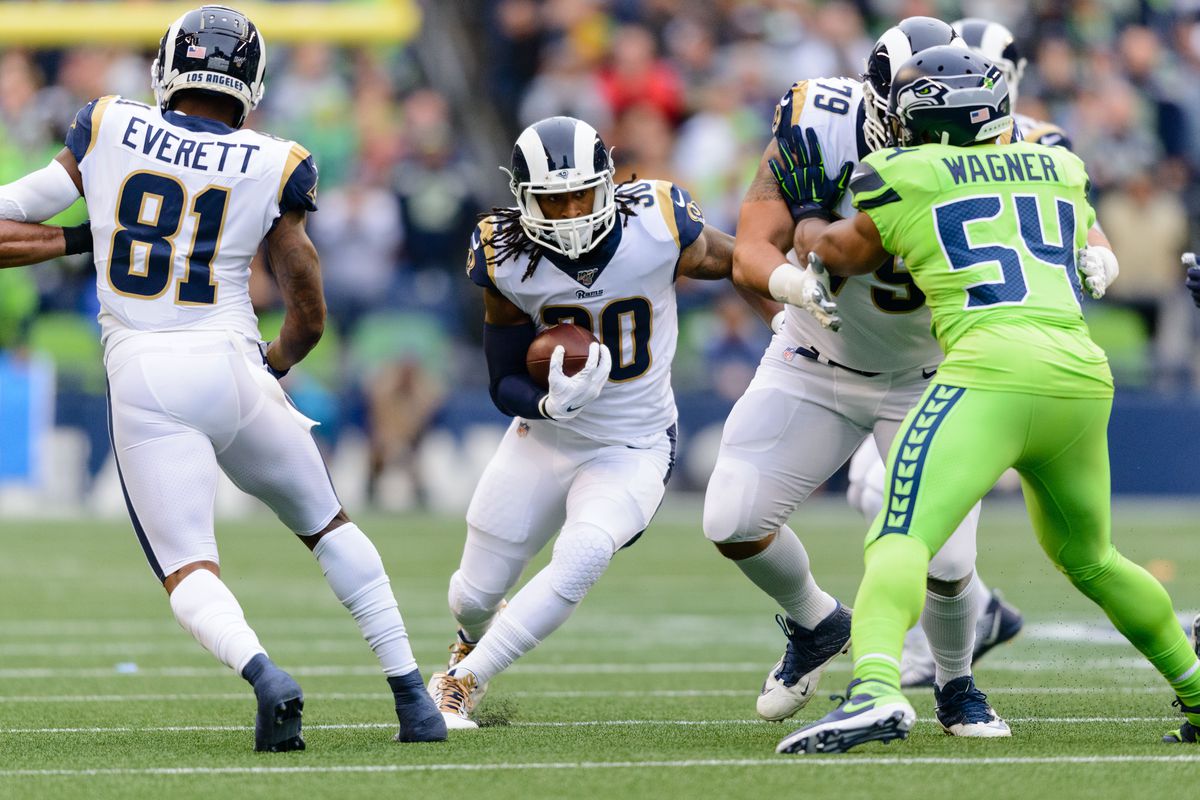 When the Seahawks hosted the Los Angeles Rams on Oct. 3, they weren’t sure if they were ready to challenge for the NFC West title. The Rams came to the game as a two-time division winner and the defending NFC champions. But though the Rams were 3-1 at that time, they were coming off a 55-40 loss to the Tampa Bay Bucs.

Two months later, the Rams will fall to 7-6 and be eliminated from the NFC West division race if they lose to the Seahawks. If the Seahawks win, they will be 11-2. Amazing.

Russell Wilson threw for four touchdowns and posted a season-high 151.8 passer rating the last time these teams met, so obviously the Seahawks will count on the passing game to do its part against the Rams on Sunday. But what could make the biggest difference for the Seahawks offense is a running game that has added a new element since these teams played in Week 5.

While Chris Carson has been a big part of Seattle’s offense all year, including when he ran for 118 of Seattle’s 167 rushing yards against the Rams, the Seahawks have seen Rashaad Penny take on a much bigger role over the past two weeks, giving the Seahawks a dangerous one-two punch out of their backfield.

Penny ran for a career-best and Seahawks season-high 129 yards with a touchdown in a Week 12 win in Philadelphia, then backed that up with 74 rushing yards and 33 receiving yards against the Vikings last week, scoring rushing and receiving touchdowns. With Carson rushing for 102 and a touchdown, the Seahawks finished with a season-best 218 rushing yards last week.

The Seahawks could be forced out of their comfort zone by the Rams on Sunday night for two reasons. Not only do the Rams use 11 personnel (3 WRs, 1 TE, 1 RB) 77% of the time – the second-highest rate in the NFL – but the Seahawks will most likely be without one of their top three linebackers.

Kendricks is listed as doubtful for Sunday’s game, which is certainly notable for the Seahawks. But even if Kendricks plays (and is healthy), Seattle will still have to get away from its base 4-3 scheme.

Matching the speed of Robert Woods, Cooper Kupp and Brandin Cooks with only two cornerbacks and three linebackers would be tough. With Kendricks injured, the Seahawks essentially have no choice but to use nickel packages often.

Pete Carroll said as much Friday ahead of the game.

It remains to be seen who the Seahawks’ nickel defender will be on Sunday night. Cornerback Akeem King handled those duties last week against the Vikings, but he’s better against tight ends than he is wide receivers.  Instead, we could see rookie Ugo Amadi get some looks in the slot. Cooper Kupp is one of the best slot receivers in the league, so containing him could be a challenge – especially if it’s a fourth-round rookie with 21 defensive snaps played in his career lining up across from Kupp in coverage.

The Rams have the advantage in this aspect, because of how comfortable the Seahawks are in their base defense, but executing and capitalizing on opportunities is another story. We’ll see if they can do that in a near-must-win game this weekend.

1. Seahawks are 9-1 in games decided by eight points or less.

2. The Rams are averaging 94.2 yards per game and only 3.83 yards per carry.  Todd Gurley has been a big question mark this year.

3. Since the 30-29 Seahawks win on Oct. 3, the Rams have basically lost their offensive line. Guard Joe Noteboom and center Brian Allen were lost for the season with knee injuries. Left tackle Andrew Whitworth is starting to show his age and having trouble blocking. Right tackle Rob Haverstein hasn’t had a good season and has been out the last few weeks with a knee injury.