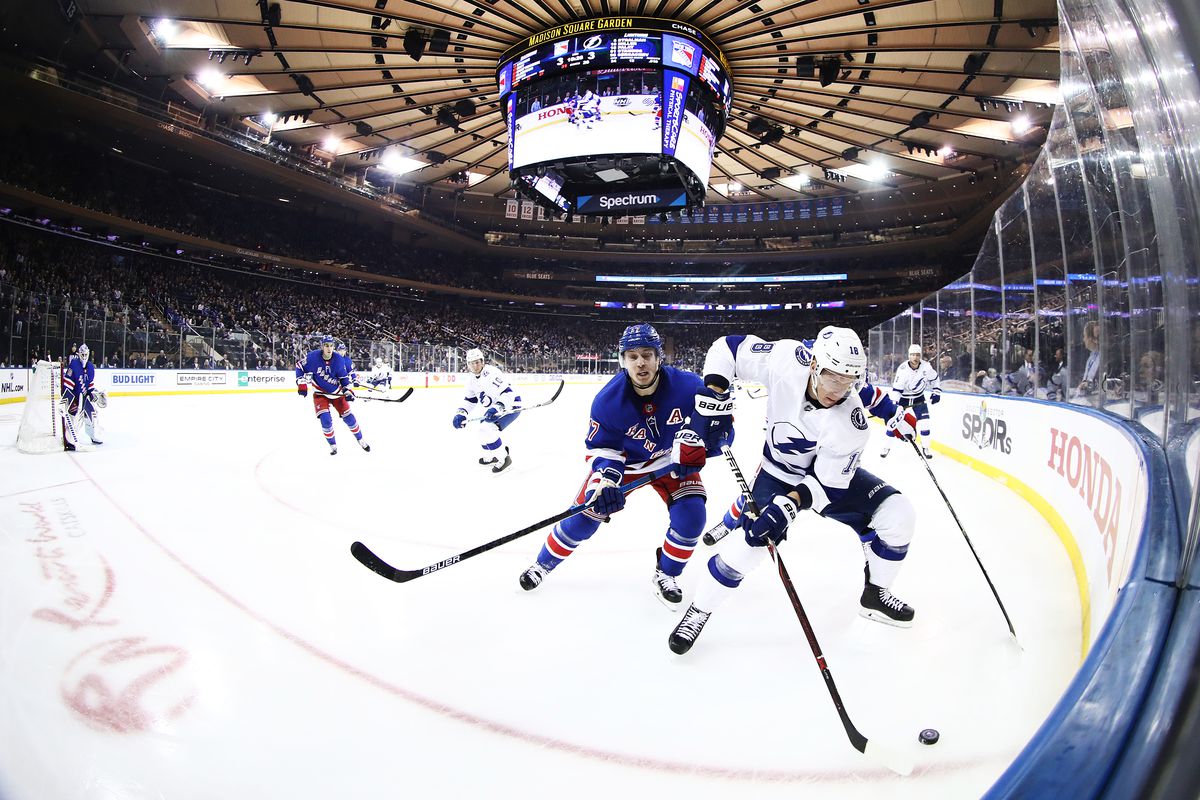 The Lightning ended their first 10 games of the season with 5-3-2, given the complicated schedule and lots of road games it’s not optimal but an acceptable start. Overall the team look solid at 5v5 but special units remain at mediocre level. Another concern is an increased number of unnecessary penalty calls.

In Monday’s practice line combinations stayed the same as it was against the Nashville Predators, but power play units have been mixed up again. The biggest change is Brayden Point returning to the first unit.

Things are not going as expected for the New York Rangers. The team have been very active during the offseason, giving big contracts to such names as Artemi Panarin and Jacob Trouba and signing very promising prospects like Kaapo Kakko and Vitali Kravtsov. They have had a very fast start with two wins, but lost five out of six following games.

The second pick of the latest draft, Kakko, is still adapting to a professional level and Kravtsov, after being sent down to the AHL and spending couple of games on the bench, decided to use his European Assignment Clause and returned to the KHL. Things are getting even more complicated due to Mika Zibanejab injury, which happened in the last game against the Bruins after a reverse hit by Patrice Bergeron. This could be a very big loss for the Rangers, as Zibanejab leads the team in points.  Henrik Lundqvist also left the game early. Both players are still listed as day-to-day, but the Rangers have recalled forward Filip Chytil and defenseman Ryan Lingren.  It also was announced that Alexander Georgiev will play in the net against the Lightning.

StatementGames Inc. offers a new twist on Fantasy Hockey.  Free To Play and over 10K in Ca$h gift cards waiting to be claimed.

During the last season, the Rangers lost all three games to the Lightning. The last Rangers victory dates back to November 2, 2017, almost two years ago.  That is not stopping us from picking: