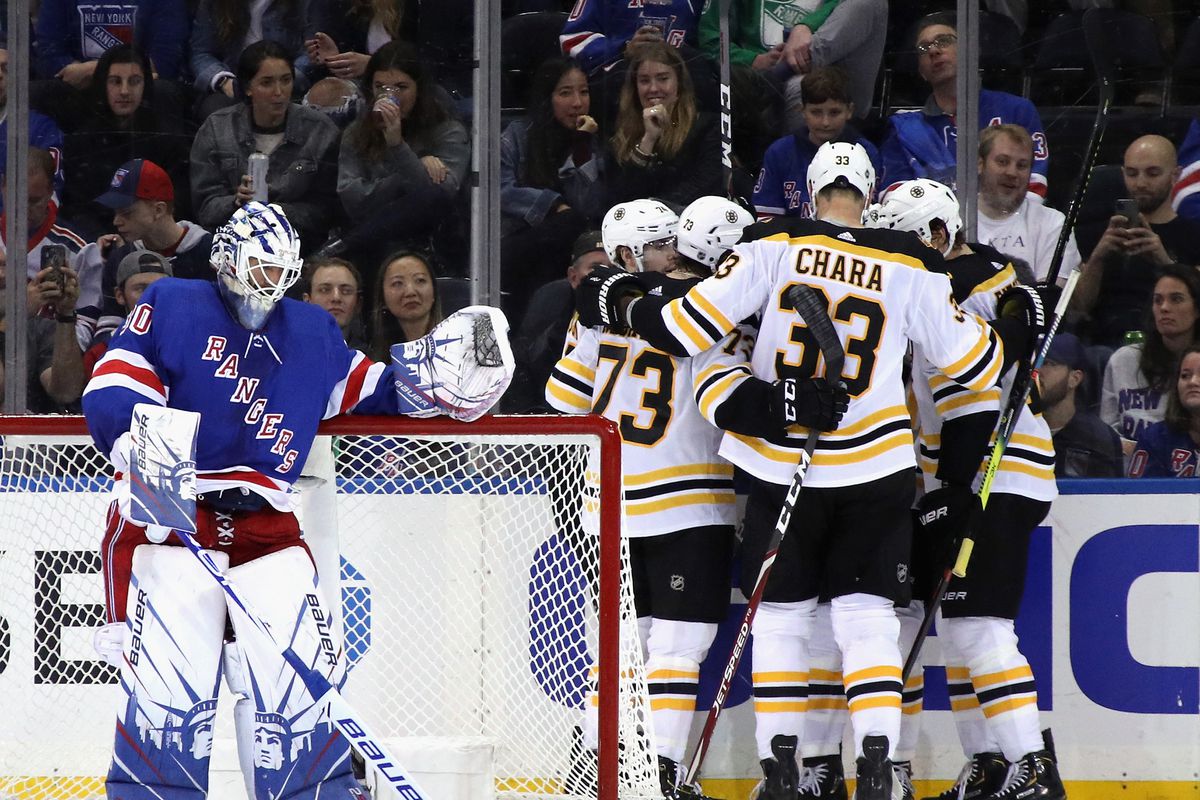 Now that we’ve all enjoyed our Thanksgiving feast and time with our family and friends, it’s time for some hockey.  The New York Rangers (12-9-2), who have won three straight, visit the Boston Bruins (17-3-5), winners of five in a row

Pluses: Artemi Panarin is one of the best players in the League. It’s not situational. He can make something out of nothing. Panarin will make things happen regardless of who his linemates are. He had two assists in a 3-2 win against the Carolina Hurricanes on Wednesday.

The return of center Mika Zibanejad paid immediate dividends; he scored less than three minutes into the game on Wednesday. Zibanejad had missed the previous 13 games because of an upper-body injury and was missed in all phases of the game.

Minuses: They’ve been struggling for consistency. Three straight wins represent their longest streak of the season. Prior to that, they lost three of four games. And they play in a really tough division, which makes it even harder. The Rangers improved in the offseason, but so did most of the rest of the Metropolitan Division.

They’ve allowed 3.43 goals per game, tied for fourth-worst in the League; that has taken away from the fact that their offense ranks in the top 10. Similarly on special teams, the penalty kill is tied for 25th (74.4 percent) while the power play ranks 10th (20.7 percent).

The Rangers are 4-5-0 away from Madison Square Garden. This game starts a stretch of seven of nine on the road, including a trip to California.

The top line, what more can we say? David Pastrnak had his third hat trick of the season in an 8-1 win against the Montreal Canadiens on Tuesday and leads the League with 23 goals in 25 games; he has 39 points this season. Marchand has 43 points and Bergeron, who has missed some time, has 24 points in 21 games. With Marchand out, David Krejci has filled in on the top line and has played well.

Boston ranks second in the League in goals per game (3.72) and is second in goals against per game (2.32). The power play ranks second at 32.0 percent. Also, the Bruins have also yet to lose at home in regulation; they are 9-0-4 at TD Garden.

Minuses: Not having Bergeron obviously hurts.  Other than that… NONE!

Rangers Vs Bruins 3 Things To Watch

1. Who do the Rangers play against the Bruins’ top line?

2. How will special teams fare for the Rangers, and can they stay disciplined?

3. Which team has the more physical game?

StatementGames Inc. offers a new twist on Fantasy Hockey.  Free To Play and over 10K in Ca$h gift cards waiting to be claimed.  Video below gives a full overview of how to play.  Try Black Friday NYR Vs BOS with your family by creating a PRIVATE Contest!  Should you choose to create a private contest – if you or any of your participants go 10 for 10 with their picks we are going to send the contest organizer a $50 Holiday gift card of their choice.  (Over 100 brands to choose from)