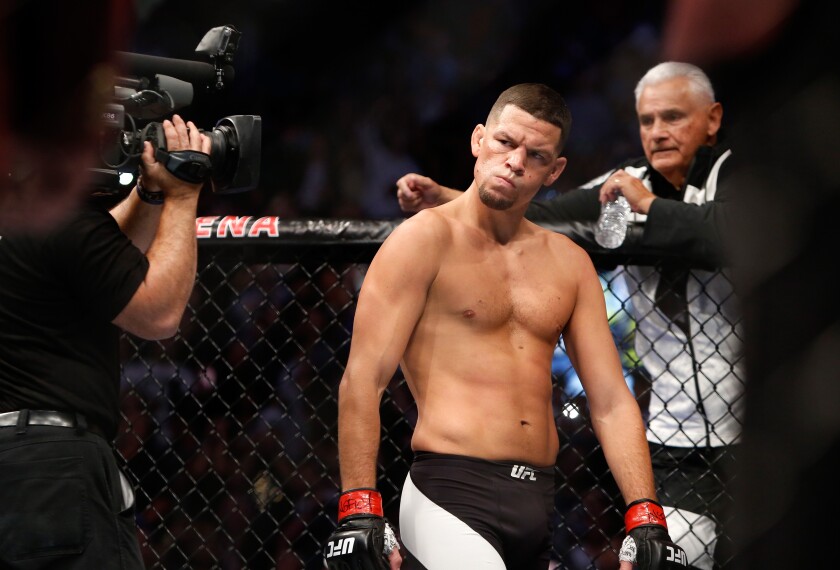 UFC pay-per-views in 2019 have wildly delivered, but Saturday night in New York City has the ability to go down as one of the best of the entire year.  Lets take a look at the big fight and make some MMA Predictions.

Masvidal gets the opportunity to headline his first PPV event after two of the most brutal knockouts of the year. He rallied to finish Darren Till in England with a slick left hook before “ending” Ben Askren in a UFC record five seconds with a flying knee from across the cage.

His brand has never been hotter and one could make the argument he’s a win on Saturday short of earning a title shot.

Diaz, meanwhile, will enter just his second fight in three years after earning a decision over Anthony Pettis in August. The younger of two fighting brothers has reached cult-hero status after his wars with Conor McGregor and more recently fighting USADA and UFC to clear his name of a reported adverse finding in his drug test just a week before this bout. Diaz said he would not show up until his name was cleared of any wrongdoing. His pressure worked as UFC and USADA subsequently released statements that Diaz did not commit an anti-doping violation.

All of this is to say: we are blessed to finally reach fight day and see two of the baddest — and coolest — fighters in UFC do battle for 25 minutes on Saturday night.

Buckle up, it’s going to be a wild ride.

StatementGames Inc. offers a new twist on Ultimate Fighting.  Free To Play and over 10K in Ca$h gift cards waiting to be claimed.  Making MMA Predictions is easy.  The video below gives a full overview of how to play.  Try our UFC 244 game and comment below with your StatementGames username, top 10 pick and reason for your pick.  Complete these steps and should you go 10 For 10 with your picks – we will send you a check for $100.