A full NFL New Orleans Saints Vs Atlanta Falcons Game Day Preview covering odds, insights and how you can pick up a quick $50! 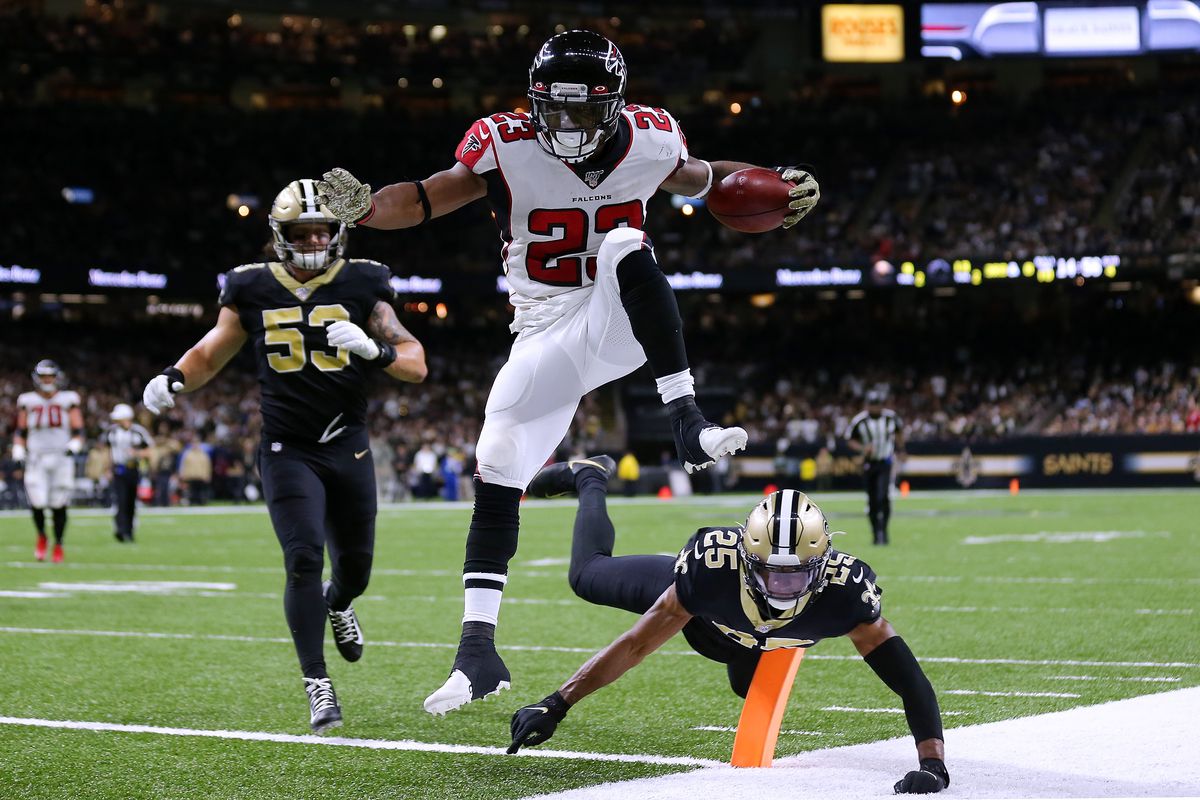 The New Orleans Saints were riding a six-game winning streak when they were blindsided by the visiting Atlanta Falcons three weeks ago. The NFC South-leading Saints shouldn’t be in danger of overlooking the Falcons again when they travel to Atlanta on Thursday.

The Saints are trying to prove their misstep against the Falcons was an outlier, and they’ve bounced back with wins at Tampa Bay 34-17 and at home against Carolina 34-31. New Orleans can clinch the division crown with a third consecutive victory. Atlanta’s stunning 26-9 win in Week 10 snapped a three-game skid against the Saints, and the Falcons were able to repeat the performance a week later in a 29-3 rout at Carolina. The Falcons weren’t able to keep the momentum rolling despite being at home last week as their surging defense regressed in a 35-22 loss to Tampa Bay.

Although New Orleans is in command in the NFC South, its defense is trending in the wrong direction. After holding five straight opponents to fewer than 260 total yards, the Saints have given up at least 317 in their past three contests, and the 351 total yards they surrendered to the Panthers last week marked their highest total since Week 3. Drew Brees and the offense slumped for a couple games before putting up 418 total yards last week as Brees threw three touchdown passes for the second straight game.

After temporarily righting the ship, Atlanta was back to its signature struggles last week against the Buccaneers. The Falcons surrendered 446 total yards and had a hard time getting the run game going with 57 rushing yards. Matt Ryan (377 passing yards, two TDs) and Julio Jones (11 catches, 147 yards) went off against the Saints last Thanksgiving, and they will likely need a similar performance for the Falcons to sweep the season series.

1. Brees threw four touchdown passes and posted a 111.9 rating in a 31-17 home victory over the Falcons last Thanksgiving.

2. Saints WR Michael Thomas leads the NFL in receptions (104) and receiving yards (1,242), and has posted at least 10 catches and 100 receiving yards in three straight games at Atlanta.

3. Atlanta has topped 100 rushing yards only twice this season.

StatementGames Inc. offers a new twist on Fantasy Football.  Free To Play and over 10K in Ca$h gift cards waiting to be claimed.  Video below gives a full overview of how to play.  Try Thanksgiving Day NO Vs ATL with your family by creating a PRIVATE Contest!  Should you choose to create a private contest – if you or any of your participants go 10 for 10 with their picks we are going to send the contest organizer a $50 Holiday gift card of their choice.  (Over 100 brands to choose from)