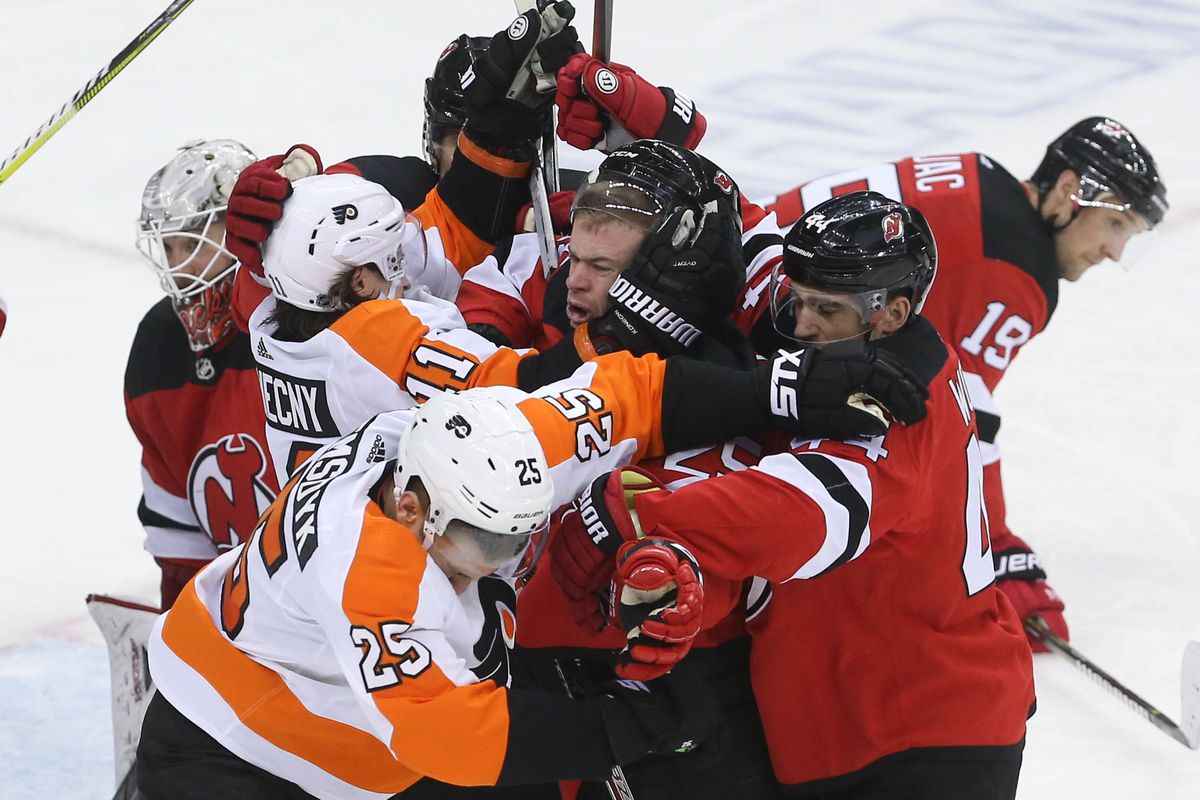 The New Jersey Devils wrap up a six game home stand against the Philadelphia Flyers.  Tonight’s game is the second of four meetings between the two teams this season.

The New Jersey Devils have dropped each of its last two home games and overall are 2-2-1 on their six-game home stand.  The club has deserved a better fate, however, having almost doubled their opponents in shots each of the last two games. On Wednesday night, despite a hat trick by Kyle Palmieri who now lead the team with 6 goals, the Devils lost 7-6 in overtime to Tampa Bay despite outshooting the Lightning 42-23. In their prior match-up, they fell 5-3 to the Coyotes but out shot Arizona 35-17.  Third periods have been the teams Achilles heal as the Devils have been outscored 18-6 so far in the 2019-20 campaign.

The Philadelphia Flyers have had their own challenges after starting the season with a win in Europe against the Chicago Blackhawks and another over the Devils in their home opener. That was followed up with a disastrous three-game Western Canadian swing with three straight losses and then another loss at home to a Dallas Stars team that was 1-7-1 at the time.  They followed that up with wins over Vegas, Chicago and Columbus but have now dropped two in a row once again with losses to the Islanders and Penguins.  First periods are giving the Flyers trouble as the team has been outscored 15-8 this season.  Travis Konecny leads the way for the club with 13 points in 11 games. StatementGames Inc. offers a new twist on Fantasy Hockey.  Free To Play and over 10K in Ca$h gift cards waiting to be claimed.  Video below gives a full overview of how to play.  Try tonight’s PHIVsNJD game and comment below with your StatementGames username, top 10 pick and reason for your pick.  Complete these steps and should you go 10 For 10 with your picks – we will send you an authentic Philadelphia Flyers or New Jersey Devils Jersey of your choice.