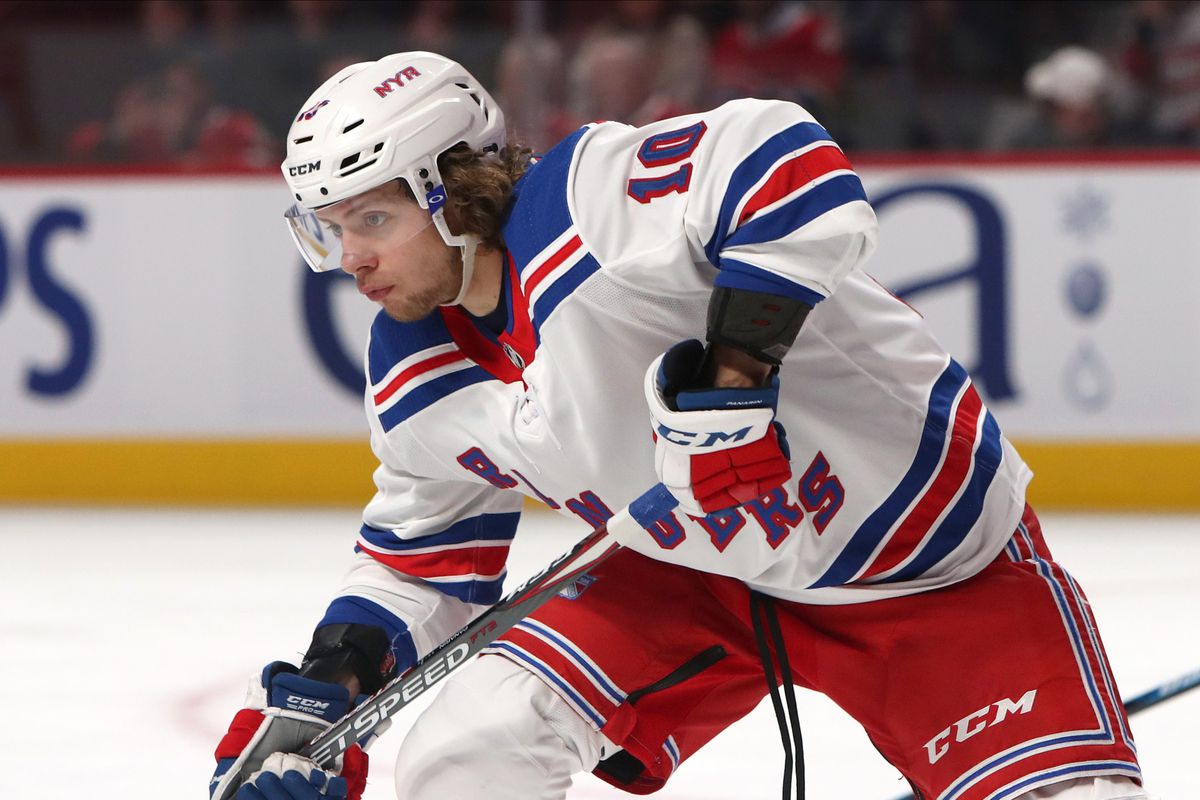 The Columbus Blue Jackets will host the New York Rangers in a divisional battle tonight from the Nationwide Arena. The Rangers dropped a 4-1 home decision to the Golden Knights on Monday, and the Blue Jackets fell 4-2 at home against the Coyotes on Tuesday night. Columbus went 3-1 against the Rangers last season.

The New York Rangers have been playing better hockey recently. They own a 4-2 record in their last six games but took a step back with a 4-1 home loss to the Golden Knights on Monday night. Rangers’ point leader Artemi Panarin has been held pointless in two straight games, although he still has eight points in his last six games. Overall, the 28-year old star is having a terrific season in his first year with New York, netting 12 goals along with 21 assists. Panarin is up against his former team in this one.

Ryan Strome is quietly having an outstanding season, posting six goals and 17 assists. The six-year veteran center recorded 13 points last month. Strome logged a goal and an assist in three games against the Blue Jackets last season. Marc Staal is questionable for this game. The Rangers stand at 5-5-1 on the road this season.

New York is starting backup Alexandar Georgiev in this one in the first game of a back-to-back set. Georgiev actually has the better stats with a 3.07 GAA and a .912 save percentage accompanied with a 6-4-1 record, while Lundqvist owns a solid .910 save percentage but has a poor 3.21 GAA. The Rangers are scoring an average of 3.3 goals, good for seventh in the NHL. They are allowing an average of 3.3 goals, placing them 25th overall.

The Columbus Blue Jackets need to start winning some games. They have dropped two straight games and three out of their last four overall. Columbus’ goal-scoring woes continued in a 4-2 home loss to the Coyotes on Tuesday night. Cam Atkinson snapped a four-game pointless drought with his 11th assist of the season in the defeat. The 30-year old right-winger hasn’t been able to find his shooting touch after scoring over 40 goals last year. Atkinson has four goals on the season, and he recorded two goals and two assists in four games against the Rangers last year.

Pierre-Luc Dubois has also not been quite as effective recently, logging just one point in his last five games. The 21-year old center is tied for the team leading with 18 points on the season. Zack Werenski and Brandon Dubinsky remain out of the lineup. Columbus has fared reasonably well on home ice where they own an 8-7-1 record.

The Blue Jackets are expected to have Joonas Korpisalo between the pipes in this one. The 25-year old netminder is having a decent season, carrying a 2.84 GAA and a .902 save percentage to go with an 11-9-1 record. Columbus is only averaging 2.5 goals, ranking them 28th in the NHL. They are allowing an average of three goals, positioning them 19th overall.

1. Yes it will be a special night for Panarin as he returns to Columbus for the 1st time but the BreadMan only played 2 years for the Blue Jackets.

2. As a member of the Blue Jackets Panarin scored 8 goal in 8 games Vs New York Rangers.

3. When Rick Nash returned to Columbus for the first time with the Rangers on Mar. 21, 2014, No. 61 was booed, and loudly, for the most part, though there was also a vocal segment of the crowd that cheered the one-time captain of the Jackets, who’d asked out after nine seasons.