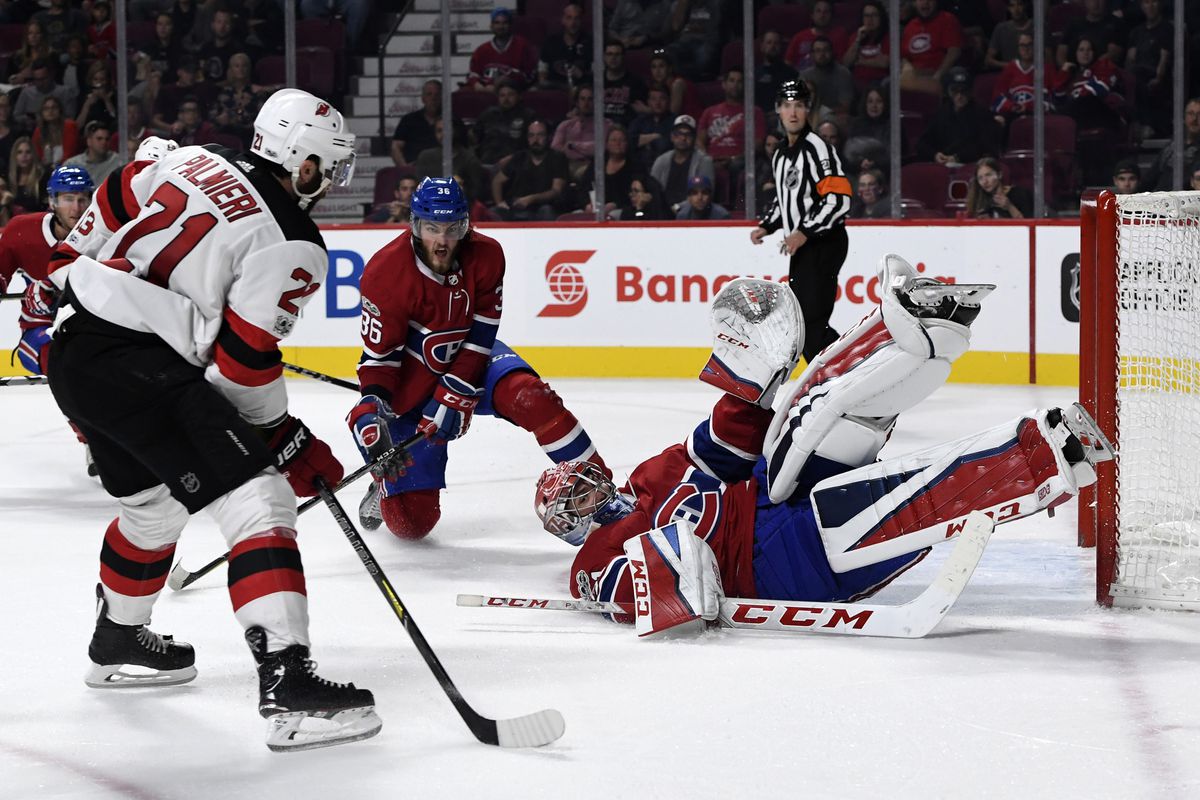 Of the users playing #NJDVsMTL on StatmentGames, 74% have incorporated “MTL WINNING by OVER 1.5 Goals” as a top 10 pick. A pair of Eastern Conference teams take the ice in the province of Quebec in the lone NHL game on the docket on Thanksgiving in America. The New Jersey Devils are on the road as they travel to face the Montreal Canadiens Thursday night. New Jersey comes in off a 3-2 home loss to Minnesota Tuesday night in their previous contest. Montreal was steamrolled 8-1 at home by Boston on the same day. The Devils have won the previous six meetings, including a 4-3 overtime victory in Montreal back on the 16th of November.

New Jersey let one slip away as they couldn’t beat a Minnesota team starting a goaltender in his NHL debut. The Devils come into the game in the basement of the Metropolitan Division, 12 points back of the Pittsburgh Penguins and 19 back of the Washington Capitals. New Jersey is 29th in the league in scoring goals as they average 2.52 goals per contest. They are a dismal 27th in the league in goals against as they surrender 3.43 goals per game. The Power play is equally as bad as the team ranks 26th in the league converted only 14.6 percent of their chances with the man advantage: they are 12 of 82 thus far. From a penalty killing perspective 23rd in the league in as they have been successful in 77.2 percent of their shorthanded situations this season.

Montreal was obliterated at home by Boston in their last game as starting goaltender Carey Price was chased early. The Canadiens enter this contest one point behind Toronto for the third and final guaranteed playoff spot in the Atlantic Division, 12 points behind the Bruins for the division lead. Montreal is 10th in the league in scoring as they put up 3.29 goals a night so far this year. The Canadiens are 26th in the league by giving up 3.42 goals per contest this season. Montreal is 17th in the league on the power play by converting 18.9 percent of their chances with the man advantage this season. The Canadiens are only 31st in the league in penalty killing as they successfully get through 71.6 percent of their shorthanded situations on the year.

StatementGames Inc. offers a new twist on Fantasy Hockey.  Free To Play and over 10K in Ca$h gift cards waiting to be claimed.  Video below gives a full overview of how to play.  Try Thanksgiving Day NJD Vs MTL with your family by creating a PRIVATE Contest!  Should you choose to create a private contest – if you or any of your participants go 10 for 10 with their picks we are going to send the contest organizer a $50 Holiday gift card of their choice.  (Over 100 brands to choose from)