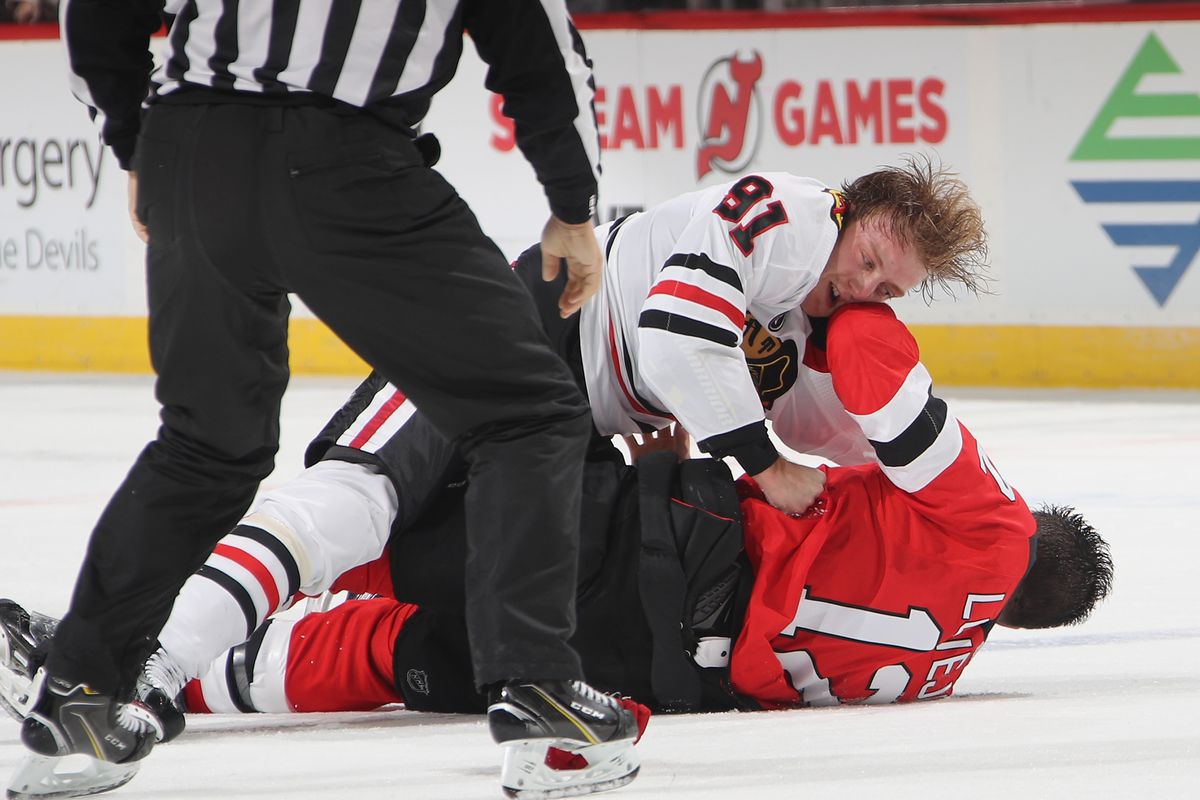 The Devils open a back-to-back set tonight against the Chicago Blackhawks looking to put an end to their three-game losing streak. Tonight’s game is the first of two meetings between the two teams this season.  Last season, the teams split their two games with the Devils winning big 8-5 at home and the Blackhawks winning 5-2 in Chicago.

With an OT WIN against Boston last night, Chicago is now 11-12-2-3 on the season and is currently in 7th place in the Central Division. For Chicago’s offensive totals on the season look no further than right winger Patrick Kane who continues to add to what has been a great career with the Blackhawks. Kane leads the team with 34 points, goals with 14 and assists with 20.  Goalie Corey Crawford is currently holding a record of 5-7-2 with 1 shutout and a goals against average of 3.04.  Meanwhile, Chicago’s other goalie Robin Lehner is 6-5-3 on the season with a goals against average of 2.71.  Chicago enters Friday’s game with 5 players on their injury report as Robin Lehner, Dylan Strome, Andrew Shaw and Olli Maatta are day to day while Duncan Keith is listed as out.

New Jersey has the second-worst record in the NHL at 9-14-4 and fired coach John Hynes just 2.5 hours before facing Vegas on Tuesday. The Devils have lost three straight and six of eight. … This should be a matchup of top draft picks, but New Jersey’s Jack Hughes (4G, 7A) has missed three games with a lower-body injury. … The Devils’ Taylor Hall, who racked up 39 goals in 2017-18, managed just 11 in 33 games last season and has just 4 in 27 this season. Kyle Palmieri leads New Jersey with 10 goals. … New Jersey ranks 28th on the power play (13.1 percent) and 24th on the penalty kill (76.1).

3. The Blackhawks are playing their second game in as many nights after a big 4-3 overtime win against the Bruins in Boston on Thursday. Prior to that, they had only won one of their past seven games.