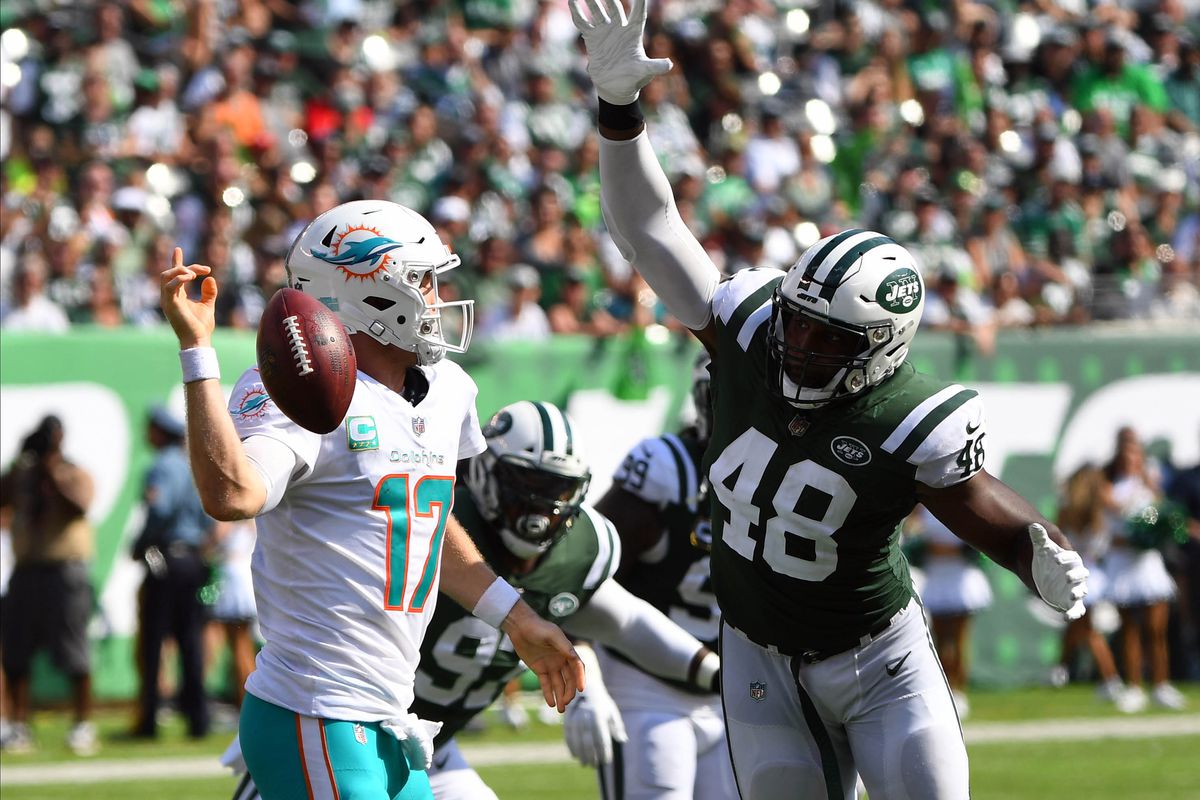 The New York Jets have seen everything from ghosts to ghastly play this season.  As a result they only have one win to their credit.  Adam Gase’s current club will look to double that total and keep his former team from notching its first on Sunday.  Because of the poor play of the New York Jets – Gase is on the HOT seat.  He needs to get his team a WIN in the worst way.

“It’s not fun. Nobody is pulling us out of this. As a result, we have to do it ourselves. No one else is coming to save us,” said Gase, who saw the Jets answer a surprising 24-22 victory over Dallas on Oct. 13 with lopsided losses to New England (33-0) and Jacksonville (29-15). Sam Darnold, unintentionally admitted to being overwhelmed during the nationally televised game Vs New England.  He has thrown seven interceptions over the last two games and was sacked eight times in the game Vs Jacksonville.

Former Jet Ryan Fitzpatrick is expected to be under center for Miami.  When asked about the recent performance of the Dolphins he commented on how the team need to continue fighting.  “That’s just the place we are at right now.”

1. The loser of Sunday’s contest will be mathematically eliminated from AFC East contention should New England defeat Baltimore later in the day.

2. New York TE Chris Herndon, who played collegiately at Miami, could make his 2019 debut in the Hurricanes’ home stadium.

3. The Dolphins have been outscored 130-20 in the second half this season, marking the second-worst differential through seven games in NFL history (Denver, minus-114, in 1966).

StatementGames offers a new twist on Fantasy Football.  Free To Play and over 10K in Ca$h gift cards waiting to be claimed.  Video below gives a full overview of how to play.  Try NYJVsMIA game and comment below with your StatementGames username, top 10 pick and reason for your pick.  Complete these steps and should you go 10 For 10 with your picks – we will send you an authentic New York Jets or Miami Dolphins Jersey of your choice.

In conclusion – Play a different form of fantasy sports FREE and WIN cash Rewards.  Above all, be safe as we head into the Holiday Season.