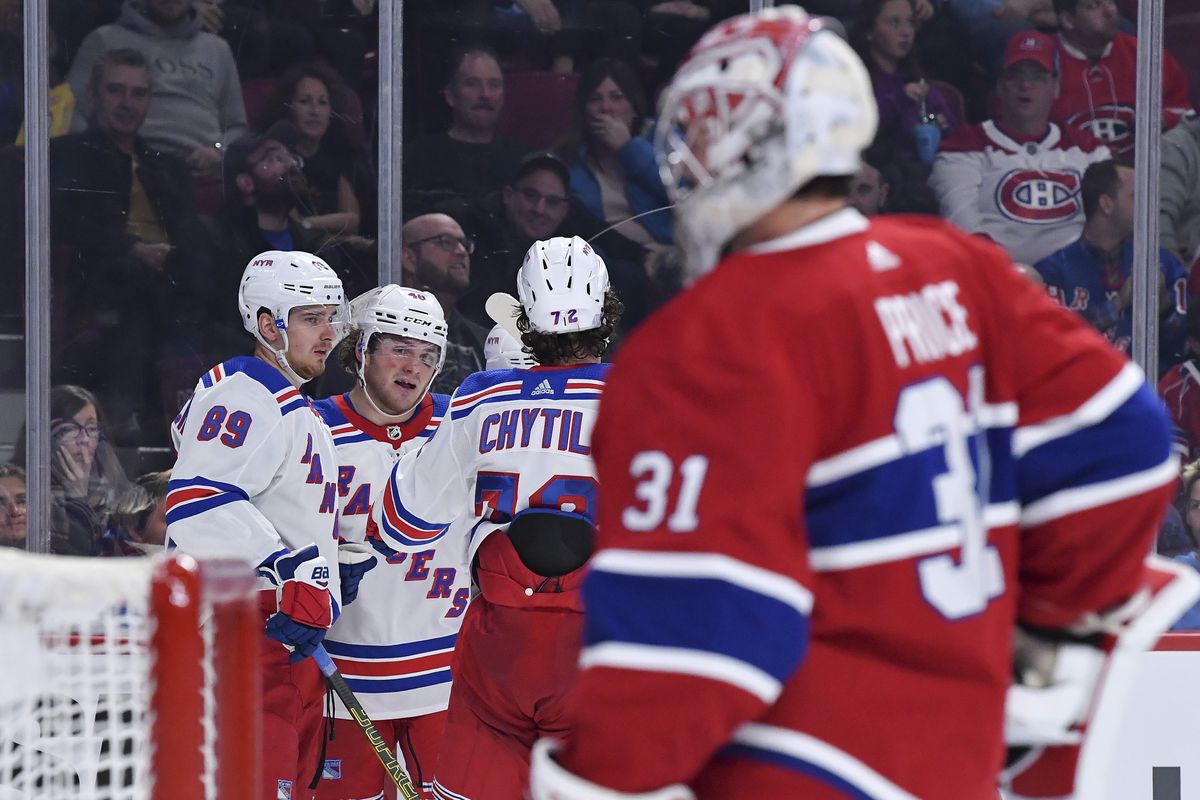 This is the second of three meetings between these Original Six teams and the Canadiens are hoping to erase the memory of the Nov. 23 game at the Bell Centre. The Canadiens took a 4-0 lead early in the second period, but the Rangers stormed back to win 6-5. This will be the second game of a back-to-back set for both teams. The Canadiens played the Colorado Avalanche at home Thursday, while the Rangers were in Columbus to play the Blue Jackets.

The Montreal Canadiens are out on a brief road trip and are stuggling. They recently lost eight consecutive games which they snapped with a win on Tuesday night but returned to their losing ways in a 3-2 home defeat against the Avalanche last night. Canadiens’ point leader Tomas Tatar has cooled off quite a bit, going three consecutive games without recording a point. The ninth-year left-winger recorded 13 points last month, and he has nine goals along with 15 assists on the season.

Max Domi has also not been nearly as productive recently, earning only one point in his last four games. The 24-year old center isn’t having the season many expected, logging only six goals along with 11 assists. He did have a big night against the Rangers last month, netting two goals and an assist. Montreal owns a 5-4-2 road record on the season.

The Canadiens will have Carey Price between the pipes. The veteran netminder is having a subpar season, especially for his standards. He owns a 3.13 GAA and an .899 save percentage accompanied with an 11-9-3 record. Montreal is scoring an average of 3.3 goals, good for eighth in the NHL. Their defensive play is an issue and they are squandering an average of 3.5 goals, positioning them 28th overall.

The New York Rangers return home after recording a 3-2 road win in Columbus on Thursday night. New York is playing well, posting a 5-1-1 record in their last seven games. Artemi Panarin found the back of the net for his 13th goal of the season in Thursday’s victory. The 28-year old left-winger continues to excel, collecting nine points in his last seven games. Panarin scored a goal along with an assist against the Habs last month, and he is having a stellar year, posting a team-leading 34 points.

Mika Zibanejad is locked in, recording at least one point in each of his last three games. The 26-year old center has missed a month due to injury and he is producing at a high clip, registering 16 points in 15 games played. New York is 8-5-1-1 on home ice this season.

1. The Habs are one point behind the Rangers, but have played two more games than the Blueshirts.

2. Montreal Canadiens have just 1 Win in last 5 trips to MSG.

3. The Canadiens are 1-1-2 in the second game of back-to-backs this session.