The hiring of Lou Lamoriello was a fantastic.  However, we are not here to praise Lou Lamoriello.  We are here to burry Garth Snow!  To bury him you need a deep, deep whole. Luckily, Snow has done that for us.  We can write novels on why the removal of Garth Snow was the right decision.  For this article lets take a look at his inept draft history.

You may say “but what about 40 goal scorer Anders Lee! John Tavares! Matt Barzal!”.  Lee was a lucky pick for a 6th round choice. Barzal was available because Boston saw his injury history and avoided him with 3 straight picks. Tavares was a no brainer for a no brainer, which he almost screwed up. But what about every other draft? You do understand Snow had about 100 draft picks, right?

What about the rewards for sucking for so many straight years? Snow turned four 5th overalls and a 4th overall into Josh Bailey, Jordan Eberle, Cal Clutterbuck, and Matt Barzal. You may have noticed that 5 top 5 picks turned into 4 players. Yup. That’s it. Also, the year Bailey was drafted Snow could have drafted Eberle, so Snow ended up trading a top 5 pick to remedy a draft mistake. That itself is a Garth Snow t-shirt sized red flag.

Worse than that, Snow used the second round of the draft- often a pick in the 30’s- to create absolutely nothing for the franchise. Scott Mayfield is the only Snow second round pick currently on the roster. The other one from the last 11 drafts was Travis Hamonic. And yes, I said THE OTHER ONE. 11 drafts. 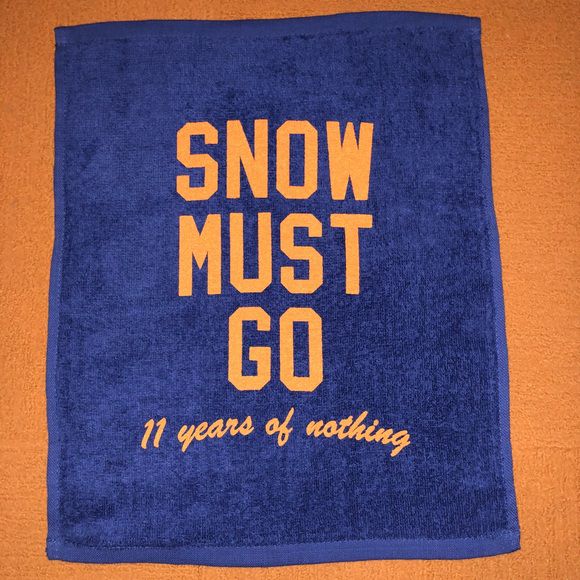 Remember some of those winners Snow drafted in Round two? Johan Sundstrom? He played in the NHL for a week or so. Aaron Ness? Gamechanger. Corey Trivino? Didn’t he molest a girl in college?

Round three? 13 picks. Adam Pelech. That’s all. None of the “first round talent” Kirils are with the team in any way.

Round four? Casey Cizikas stands out. As a murderer. Snow uses a psychology test to determine who plays for the organization. Apparently murderers and rapists are good at taking psychology tests. Not so good at hockey.

Round 5 pick Ryan Pilon quit playing hockey altogether after being drafted by Garth Snow. I’m not making that up.

Round 6 is Snow’s diamond in the rough, Anders Lee. One day Lee will learn how to skate. It will probably be with a different franchise, unless Lou can undo all of the cap damage that Garth created. Round 6 was also AnDong Song, because Wang wanted to draft an Asian. Like in Sixteen Candles, his name is Dong. Because you wouldn’t want to draft something sounding stereotypical.

Round 7? Cody Rosen. Snow drafted a friends kid when he was supposed to be running an organization. Enough said.

Also, Garth is the king of the college loophole, as he leads all NHL GM’s in players that used the loophole to avoid playing in the NHL specifically for the Islanders.