This year, the New Jersey Devils find themselves in a very unique position.  As opposed to years past, they have fewer 1st round picks picks.  For 2018 they own the 17th overall pick and would like to see the team grab Ke’Andre Miller!

Ke’Andre Miller (US, D):  Miller was a standout for the USDP U18 team. He is a forward turned defenseman and in a lot of areas that is a good thing. He is 6’4” and can skate at a high level. He excels at puck skills and transitioning the puck from defense to offense. Due to his size, Miller is very physical on defense, which is when Miller tends to exhibit some of his game’s forward-esque components. He struggles with coverages, skating backwards (at times), and doesn’t really have a feel for play in his own end. If he’s willing and able to learn however, the Devils would have a smooth skating puck mover with size on their blue line.

After they make their 1st round selection, they do pick again until the fourth round (110).  Lets have some fun!  After the New Jersey Devils select their 1st round pick…  a few potential later round targets.

Semyon Der-Arguchinstev (RUS, C): In the later rounds, you are shooting for upside, and Der-Arguchinstev brings a lot of that trait. Offensively, he has a wealth of raw talent. His tools include good vision and puck skills, which allow him to create plays. Der-Arguchinstev’s greatest asset is his shot, which he can unleash from all over the ice. He is most effective on the powerplay, but he certainly knows how to put the puck in the net at all situations. 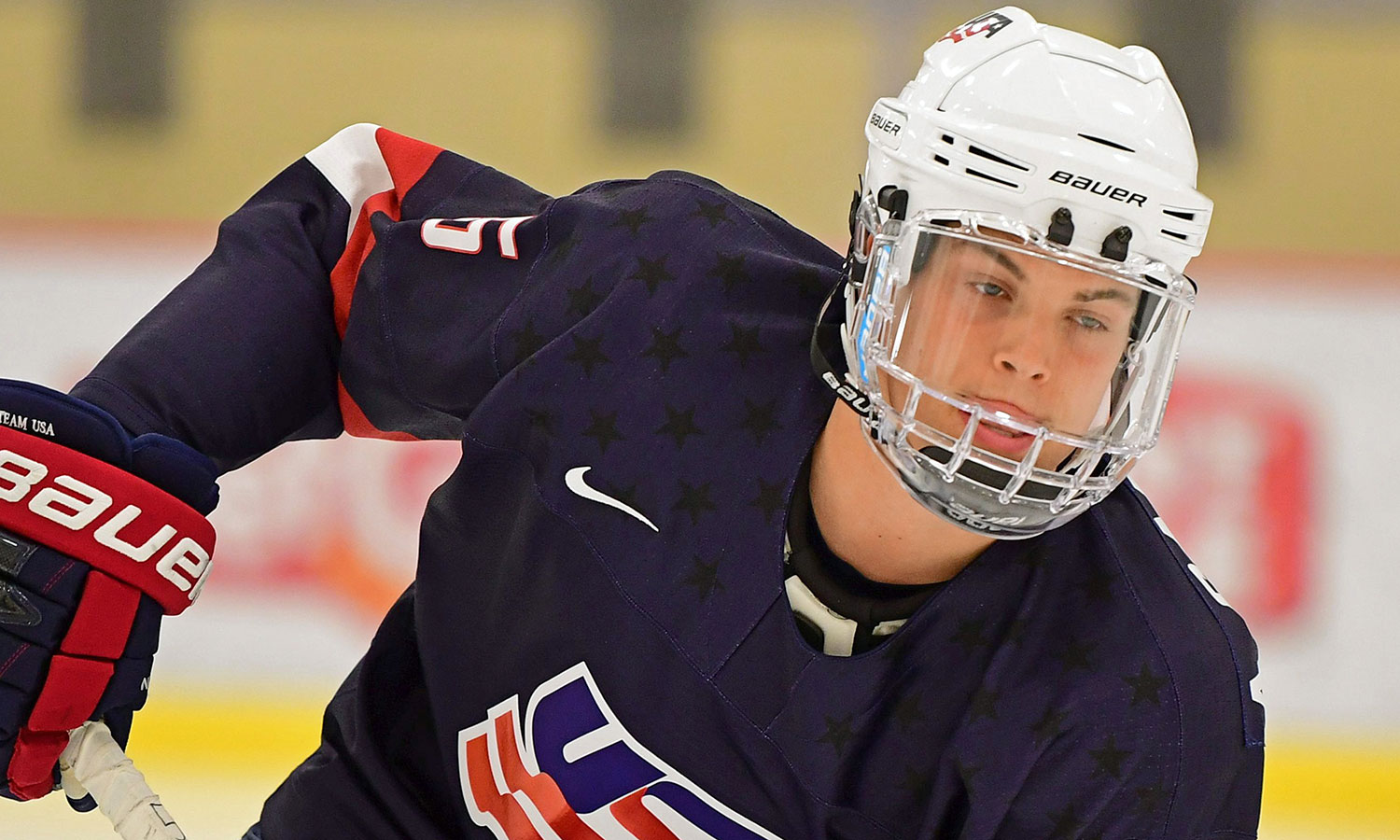 Adam Samuelsson (US, D): Like Miller, Samuelsson was a member of last year’s USDP U18 team. He is a behemoth at 6’5” 240 lbs, and an effective defensive defenseman. In terms of puck skills and dexterity, Samuelsson won’t turn heads, but he’s the kind of blue liner that will go into corners and win battles. He will get the puck from the other team this way or by facilitating turnovers. Despite his admirable defensive game, Samuelsson needs to work on his skating, and could be a 2-4 year project for any team.